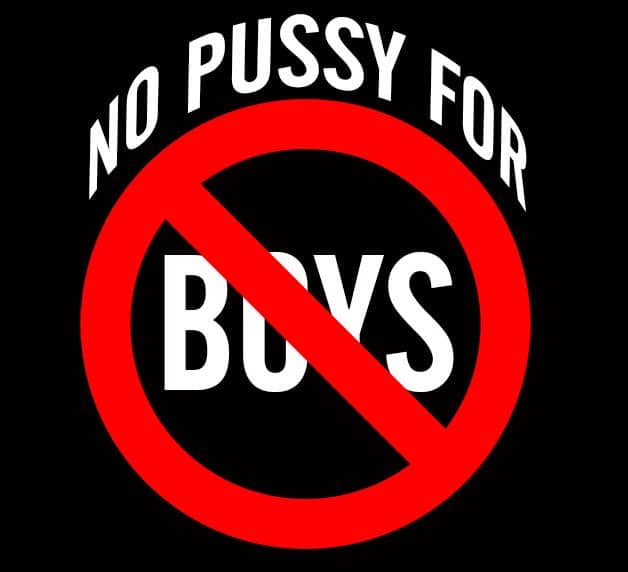 Only Immature Girls Fuck With Boys

It was in 2015 where I started to get tired…… like reallllllly tired of my own shit. Although, at the time I didn’t fully realize that it was me that I was tired of. I was tired of feeling like I was simply a toy that “men” could play with and when they were done they would put me to the side and go find a new toy. For years, this would happen to me over and over and over again. It was to the point I would cry and constantly ask myself why can’t a man love me. Why do I always have to be the side chick or the late night call or the friend giving the sexual benefits? Why am I always chasing behind men that live in they momma basement sleeping on an air mattress? Or men who live with they’re grandma but got $2500 rims, an iced out watch and fucked up credit? Or petty ass drug dealers who live with they auntie in the projects. I was always making excuses for them and they didn’t even want a whole committed relationship with me.

Not only were these “men” financially immature and priorities ass backwards but they were also emotionally unavailable. No one ever wanted a commitment, not with me anyway.  For years I wondered why no man seemed to not want to commit to me though they would stay around for as long as I allowed. I mean, its not like I don’t have my shit together. I am very ambitious & goal oriented. I am 22 years into my career with a pretty decent salary. I have a B.A. in business and organizational leadership. I own multiple properties therefore I have no issue with investing money. I think I am pretty damn cute. I do pretty good in the kitchen. I’m not a dirtball. And I won’t get into the bedroom stuff, but ummmmm…….for the right one, a deserving one…… well…. you know. LOL! So what the problem is?!!!! Well…..I will tell you 4 things I learned.

Only Immature Girls Fuck With Boys

I define maturity as the ability to see yourself and the role you play for every position you find yourself in whether good or bad. When I started to apply it this concept to the “men” I was calling fuckboys I had no choice but to face myself and my own lack of accountability in my choices. This is not easy to do. This is true mastery over self. And no…. I have not mastered it but I am aware of my own immaturity. Thanks to the fuckboys! I realized that choice is your super power. So choose wisely.

This is not only a shirt. It’s a conversation with self. It’s a reminder that everything starts with me. Purchase your shirt and share it on FB & Instagram. It will help remind you and other women about being fully accountable.    http://np4b.bigcartel.com/

What do I mean? I mean weak and insecure women attract weak and insecure men. That is the flat out truth. You can only attract pieces of you. He is there to show you exactly how weak (or strong) you are. He is only mirroring you. And even in all his fucked up ways somehow you are mirroring him too. Trust me, its there. It works just like a money exchange. The lender and the borrower sit at the same table because they have the same value of money(energy) in common. If you are having a hard time grasping this, the Self Realization Of A Goddess Online Course  will help with that.

Weak bitches lie to them self (which is indirectly lying to others) and then get mad when “men” lie to them. Kill the weak bitch within and tell the truth! Tell the men that you meet the truth whatever that may be. Tell them EXACTLY what you want UP FRONT! Because you deserve it right? Well prove it to yourself. Here’s the thing….. now that you are saying it, you WILL be tested on if your words match your action. I learned this first hand. I repeat, you WILL be tested. So this is where it gets tricky. Will you settle for a decoy fuckboy? Telling the truth and moving in it is your security. But see we like to lie! Ugh! How we love to lie to our self.  It is in our nature to lie because we live in a fictional truth. We only lie about this because most of us are insecure and we make decisions based on our insecurity.

We only fall for the “lets see how this goes” because we are insecure. I’ll tell you like this…… when I finally knew in my heart and my mind that I wanted a whole relationship and I let that be known upfront with no fear or doubt about it….. I got it. You know why? Because that is law! You always get what you want.

You Always Get What You Think You Deserve

The nerve of me to be upset about how someone else is treating me! And then still continue to chase behind him. Cthu! Straight comedy! How retarded is that? It isn’t up to any one else to give me what I want. It is totally up to me. You get what you settle for and you settle for what you think you deserve. The shit is so easy to see. All you have to do is think about everything you’ve settled for and BAM! you’ll see a clear picture of what you truly think you deserve.

Carrying around pain: Have you truly let go of the pain from all of the men or even people that you feel hurt you? If not, you are still carrying that vibration. Very often we say “hurt people hurt people” but how about “hurt people attract hurt people”. I will give an example. From the age of 20-22 I was in an abusive relationship. I am talking about to the point I had a gun to my head and was threatened to be killed if I ever left. This guy’s mother was a drug addict. He had a lot of pain harbored against her. I even witnessed him putting his hands on her before. He was also very codependent which is directly tied to abuse and fear of abandonment. He was so scared that I would take that attention and affection away from him that he would start to hit on me if it appeared like I was going to leave. He was very desperate for love and attention.

What he was doing was trying to fill in the gaps of what he didn’t get as a child. It was years later that I realized that I stayed for the same exact reason. Because I also had parents that were addicts and they left me with my grandmother and so I also was trying to fill in that same abandonment pain. I allowed him to abuse me for the same reason he was abusing me, desperation for love and fear of abandonment. We had the same hurt. I attracted my pain. This is why forgiveness is important. Let go of the pain and you will attract better.

With me becoming much more aware of myself it has become very easy for me to see myself and my pain in all the men that I accused of being immature fuckboys. They were only showing me myself. They were showing me my own lack of maturity. That is how masculine energy works. That is how the universe works. These mirrors that we look into when we are up getting ready for the day are not the true mirrors. People, experiences and manifestations are our true mirrors. You have mirrors in your eyes. Use them to see your self. There is always going to be fuck boys, immature men and women. What I learned over the past few years is that we are all immature in some form or fashion. The key is to know your areas of immaturity and focus on yourself enough to grow up. That is self love. Self love is self reflection. Self love is self truth. Love thy self and to thy own heart be true.