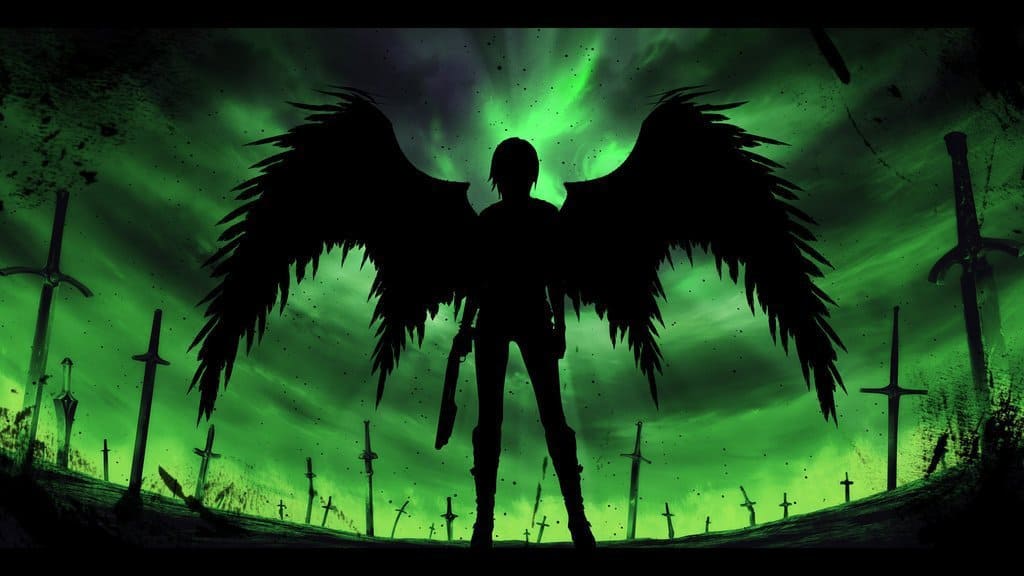 Within this blog I wanted to share how much depth is actually hidden in a word, specifically hidden in a name. A very simple name….. like Michael…. has hella hidden messages in it. If I were going to choose an angel to mimic it would most definitely be Micheal, the archangel.

There are many great Michael’s in the world. We have Micheal Jordan, Michael Jackson, Malcolm X, and MLK (Martin Luther King) just to name a few. All of these names have a Michael of some sort in it and they all have had heavy influence on the world. So let us look deeper into Micheal. This is the name of a major character in the Bible. Micheal, the archangel, is the angel who has the fight with the big bad dragon, Satan. I’ll tell you a secret about the Bible. There are lots of “hidden” numbers being used in the Bible. For example, the name Micheal shows up 13 times in the Old Testament. The first time it is used is in Numbers 13:13. Also, it is assigned to number 4317 in Hebrew and 3413 in Greek. If you look at the first two letters of Michael backwards you will see “ I M” peeking at you as well. The role of Michael is not really mentioned until we get to the book of Daniel 10:13. It is here where it is announced that Micheal is a chief prince. Also in Daniel 12:1 (12+1= 13) is where it is said that when Micheal stands up “thy people shall be delivered”. Micheal appears to be drowning in the number 13. Wow! Is this a coincidence? I think not! The number 13 is like a bat signal for “ I am”. There is no doubt that Michael is associated with the force of “I am”. If you need more information on how 13 is also “I am” you should purchase my book “Exposing The Mystery Within Your Names”.  Just look for this picture and I will ship it to you.

We learned all of this about Micheal without actually looking at the meaning of his name. Pretty dope if you ask me. But wait…. there is more. The name Micheal, from a simple perspective, means “who is like God” which in itself is very interesting because it is asking a question and making a statement at the same time. Is that the nature of God? Is that the nature of ALLAW? Is that Universal Law? Is this suggesting that the nature of the universe is that the question is equal to the answer?  The Hebrew Lexicon says Michael is one of the seven archangels who intercedes for the people of Israel before God. Now, before we go any further it needs to be stated that I read every page of the Bible as if it is speaking about something inside of me. Therefore, if Micheal is an intercessor between Israel and God and Israel is inside of me then Israel, Michael and God are all within me. (You may need to read my blog “God is in my cells” for more understanding of my perspective of God). Michael is an angel and angels are messengers that are said to be made of fire. You have fire in your head which are called neurons in the brain “firing off”. You also have fire in your heart which is fueled by passion. This tells us that Michael has to do with the head and the heart.

Earlier, I made a suggestion to read my blog titled “God is in my cells”. Well, that is also what the name Michael is showing us. Micheal is saying “ My Cell” or My Shell. The name Micheal is telling you that you exist in your shell (your body) and you exist in your cells. When you speak and form an image in your mind you are giving this image and vibration to your cells. You are being a messenger for God, yourself. This name is teaching you how your cells work for you as you are made in the image of God and you are a creator. The name Micheal also has the word heal in it which tells us that Micheal has the ability to heal cells. When I say “heal cells” I am not talking about from physical injury. I am talking about having the ability to help you remember your true self and purpose. That is ultimate healing. I am talking about making you whole and balanced. The name Micheal is showing us his power. It says “ I am + C + Heal”. That is to say “ I am sea heal” or “I am heals the sea”. The sea is in your body. Isn’t your body made up of about 70% water? Aren’t your cells apart of this water? This is also an indication that Micheal will assist with healing the “see”. That is to heal the eyes. Not your physical eyes, but adjusting your perspective. Your perspective IS your I Am. Michael would help you understand that it is your own perception that is shaping what you see and what you experience. Malak or Malkuw, which is very close to Michael means king or kingly. Michael is the king of your cells because he is very much associated with the darkness of self or cellf and the “I am”.

The name Micheal is also written as Myikael in Hebrew. Inside of these letters we can see My + Ka + El. The word Ka means spirit in the hieroglyphics, though I have also seen it means soul. We can interpret Michael as showing us the words “My Spirit God” or the “God of My Spirit”. The word spirit means breath so it is possible that Micheal may even be the breath that communicates within our cells. The way we are breathing tells our cells a lot about our state of mind. It tells our cells whether we are calm or whether we are in fear. The way we breath is directly tied to our blood pressure which sends messages between our heart and brain. Someone with the name of Michael should be aware that they may be here to learn about the importance of breath and the impact it has on the body as well as its power to create.

If we move the letters around in Myikael we can also see Kali Ma. That is showing us the name Kali Ma. This suggest that Michael is very much associated with the goddess Kali which represents darkness and time. As I already said, Micheal is associated with the subconscious and darkness. Micheal wrestled with Satan because Satan represents the conscious mind, the illusion of time, and the light coming from the illusion of what we think is external. Of course if Micheal is to assist with the healing of your cells it has to be done from the subconscious within self. He has to wrestle with a fire breathing dragon. Remember that fire is neurons firing off in the brain and it is those neurons which make this entire experience seem “real”. Micheal wants you to remember that you are like God and that you are dreaming. Therefore, put Satan under your foot and make the dream work for you instead of against you. Someone with the name Michael may be here to learn how to conquer the illusion of the physical world.

The last thing I will say about Michael is his association with Melchizedek. Now Melchizedek deserves his own blog because this name can go many many ways. However it is very close to the word Michael. The word Melchi on the front of it is also Michel which is similar to Micheal. This name also lets me know that Micheal or Melchi has to do with the heart. How? Because it is also the word Malachi. Have you ever seen a malachite stone? It is a greenish color. The etymology of the word Malachite says “common green ore of copper “.

Which of the seven chakras is associated with the color green? You got it! The heart. This tells us that if you have the name Micheal you may be here to master the heart. Ironically, some Islamic scholars associate Melchizedek with a character named Khidr in the Quran. Khidr means “The green one” in Arabic. The heart is associated with darkness and green because the word dark is also the word kard as in cardiology. It is a pretty solid assumption that Micheal is relative to the heart which would make sense if he is one of the seven archangels. Are the seven archangels the seven chakras? I am not sure. What I do know is that Michael is a very powerful angel who is like God, so if you’re going to be like an angel then be like Mike. The name Micheal is to remind you that you are like God, that you have the power overcome external illusions, that you are the King of your cells, and that you are to master the heart.

As you can see, we learned a lot about whats hidden in a such a simple name or word like Micheal. If you hear the same word at least 3x in a day I would suggest you pay attention to that word. If you have a dream and a particular word stands out you should pay attention to that. If you see someone that you haven’t seen in years I would make a mental note of the time and date and what was going on when it happened. You never know when an angel is going to manifest for you. You never know when a question that you have asked your cells is going to show up and answer you. You should take notes because these may be messages for you. You may need to figure out the hidden message behind the word. It is very easy to go on Google and look up a name or any word but I can guarantee that it will not be anything like a BlaQ Fire Nation interpretation.  See my services page for name and word interpretations.